The Maldives underwater world Magic of the Maldives

The reefs of the Maldives play host to hundreds of species of fish, including tiny vibrant reef fish, moray eels and tuna. They are joined by a myriad of other sea-dwelling creatures, such as sea turtles, octopus, squid, lobsters and dolphins. Visitors also have the opportunity to swim with some of the largest fish in the sea - manta rays and whale sharks. 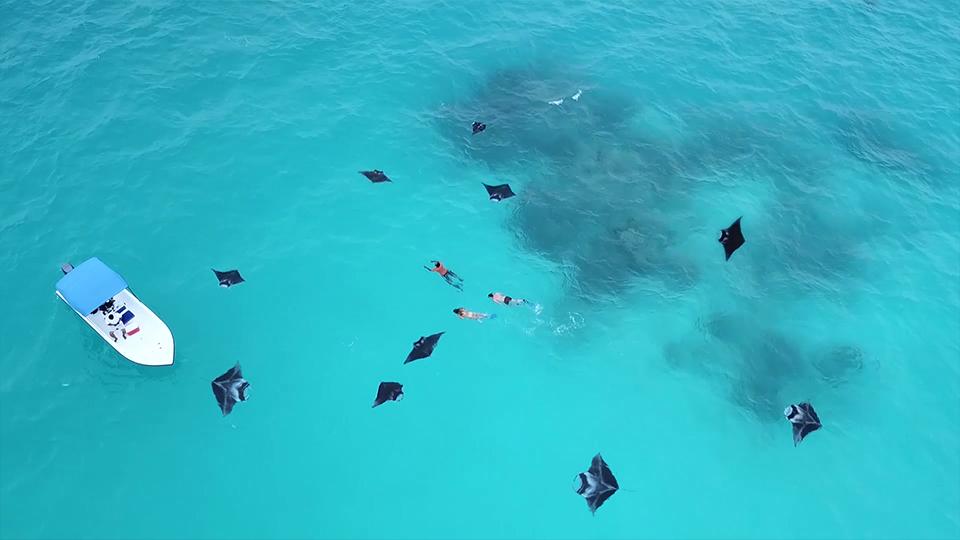 The Indian Ocean surrounding the Maldivian archipelago is full of activity, and snorkelling is the most effective way to experience it. While all islands have their own reef to explore, there are also more obscure experiences to be had, such as snorkelling with whale sharks or giant manta rays in certain parts of the islands. Image credit: Baros Maldives 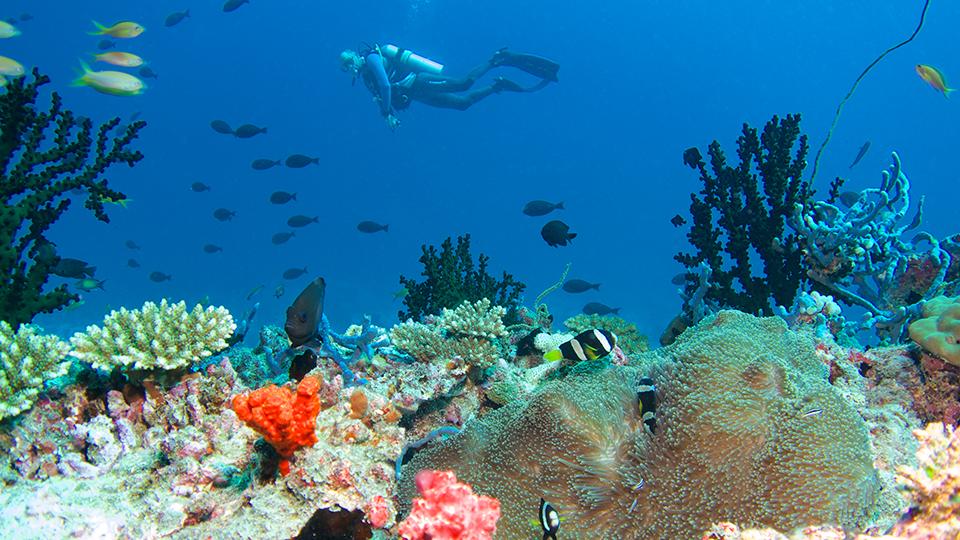 The formations made by the more than 200 species of coral give the impression of an underwater kingdom. At times, you’ll be questioning reality when you have stumbled onto a scene straight out of Finding Nemo . Image credit: Baros Maldives 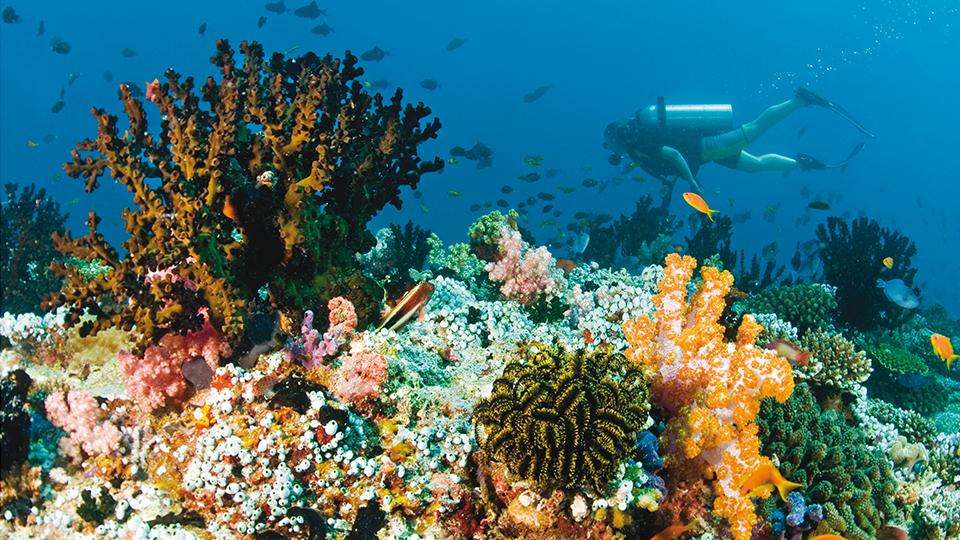 The ocean looks mostly blue from below the surface because water – even when very clear – absorbs and filters out the red side of the colour spectrum. In the shallow waters surrounding the islands of the Maldives, the colour is often an intense turquoise that seems almost unreal. As the water deepens it gives way to a deep royal blue, with clarity often increasing due to less sand and sediment. Image credit: Baros Maldives 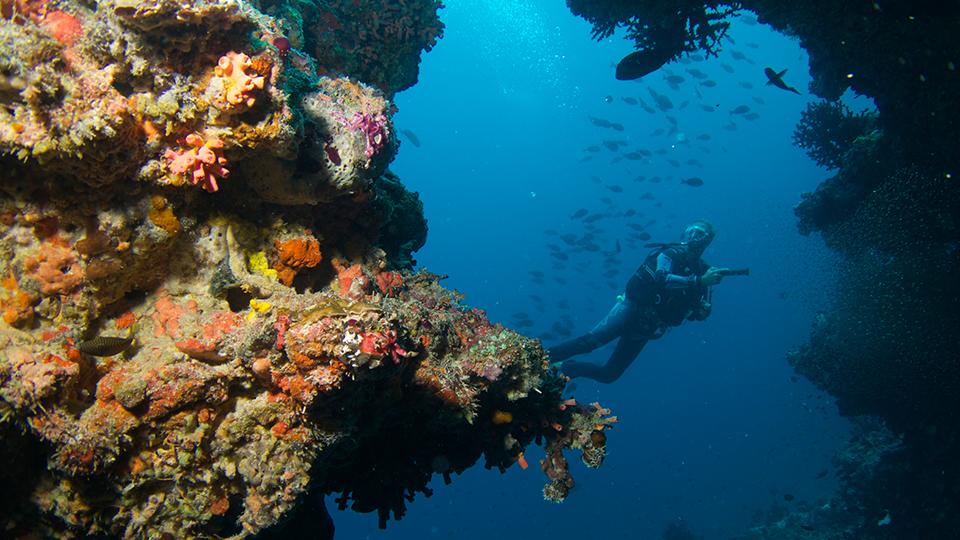 Even in the warm waters of the Maldives, where the surface temperature is consistently between 28C-30C, it’s advisable to wear a rash vest or similar while snorkelling to protect yourself from the powerful Maldivian sun. When diving, wetsuits are still needed, as you will be exposed to cooler water temperatures the deeper you go and there is no direct sunlight contact, so it’s far easier to lose body heat. Image credit: Baros Maldives 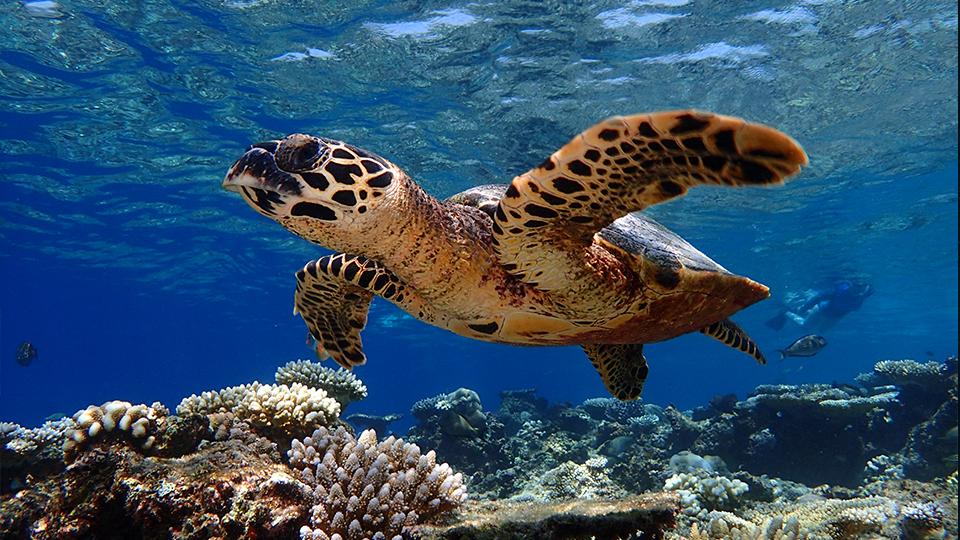 A turtle can hold its breath for about 30 minutes, but this can be affected by how deep they are diving to feed. If they are below four metres, they will take large gulps of air and stay on the bottom to forage for longer so they don’t waste energy resurfacing and diving down again. Image credit: Baros Maldives 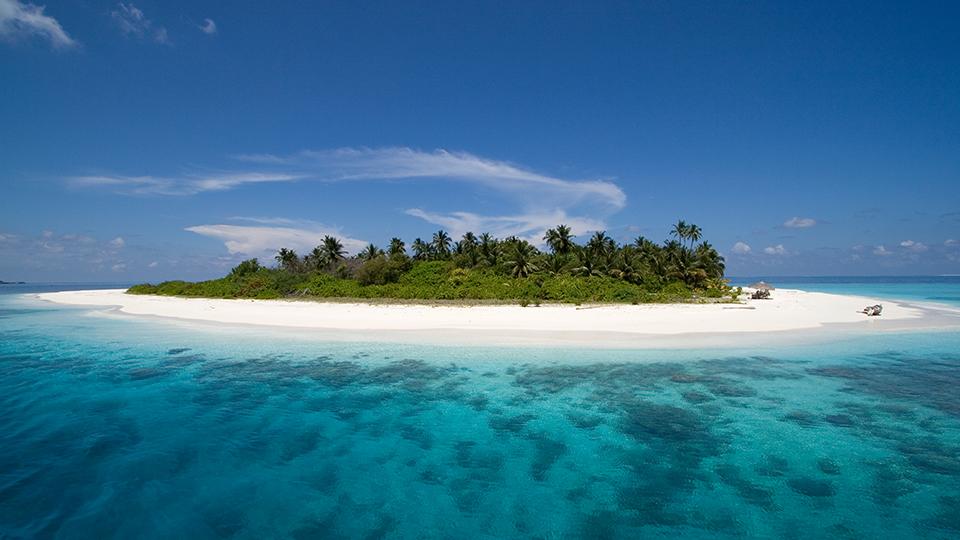 Coming up from underwater, there is a true feeling of discovering an oasis in the middle of the ocean, which is exactly what each island resort in the Maldives offers. Image credit: Baros Maldives 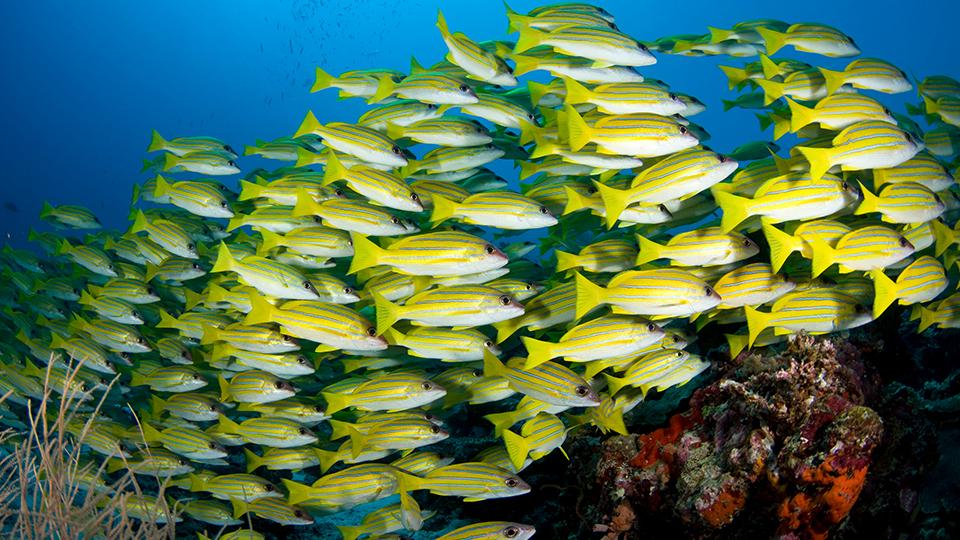 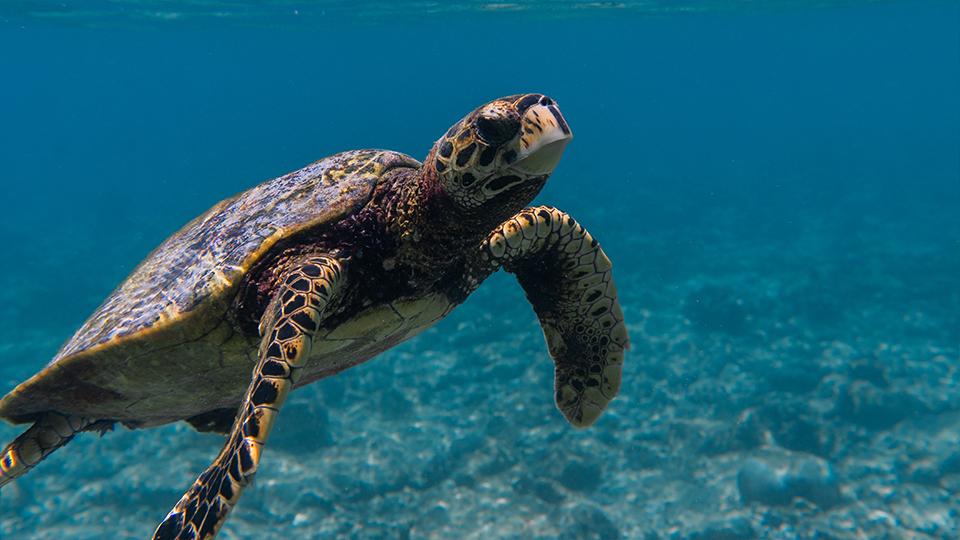 Hawksbill sea turtles, such as the one pictured here, are common in the Maldives, and can be easily identified by their sharp curved beak. Using their beaks, these turtles peck and scrape rocks and coral, eating the sea sponges that grow on these structures. Sponges make up the largest part of hawksbills’ diets, but the turtles also consume small anemones, macro algae and jellyfish. 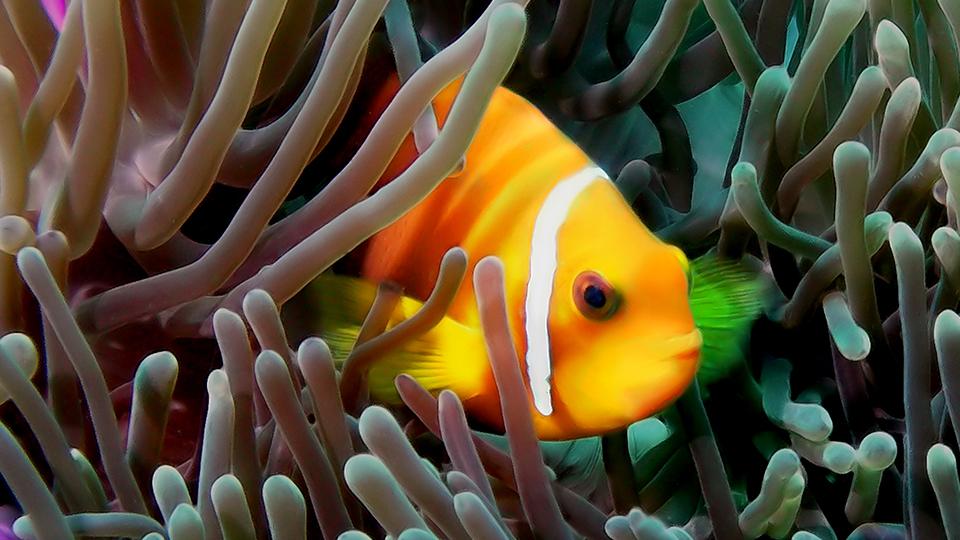