What happens when a city bans cars from its streets?

Many modern urban areas have been built around cars, with huge amounts of space set aside for roads and parking. But what happens when you take them out of the equation?

picture children playing games of football on major urban thoroughfares. Tourists stood in the middle of the street nonchalantly taking photos. Restaurants spilling out onto small squares – and not a car, moped or bus in sight.

Such are my memories of Venice, the only car-free city I have ever been to, when a friend and I visited during a student hitch-hiking summer holiday. The Italian city is, of course, unique in that it is built on a series of small islands – yet it is a refreshing experience being able to wander around without dodging in and out of traffic.

For the last 100 years, the car has come to dominate the urban landscape. Streets have been widened in many cities to accommodate automobiles, and huge amounts of space are given over to parking them. Private vehicles have revolutionised mobility, but they have also introduced many ills, from air pollution to traffic accidents. And today a small but growing number of cities are trying to design the car out of the urban landscape altogether.

Both Oslo in Norway and the Spanish capital Madrid have made headlines in recent years for their plans to ban cars from their centres – although neither have entirely got rid of them yet.

Their moves toward this, however, represent a broader trend in cities to make driving more difficult. Whether it’s London’s congestion charges, Mexico City’s ‘pico y placa’ initiative (where your right to drive on different days depends on whether your license plate ends in an odd or even number) or several smaller towns such as Spain’s Pontevedra which have outright bans.

“Our main objective is to give the streets back to people,'' says Hanna Marcussen, Oslo’s vice mayor for urban development. “It is about how we want to use our streets and what the streets should be for. For us, the street should be where you meet people, eat at outdoor restaurants, where kids play, and where art is exhibited.” To do this, Oslo has closed off certain streets in the centre to cars entirely. They have also removed almost all parking spots and replaced them with cycling lanes, benches and miniature parks. 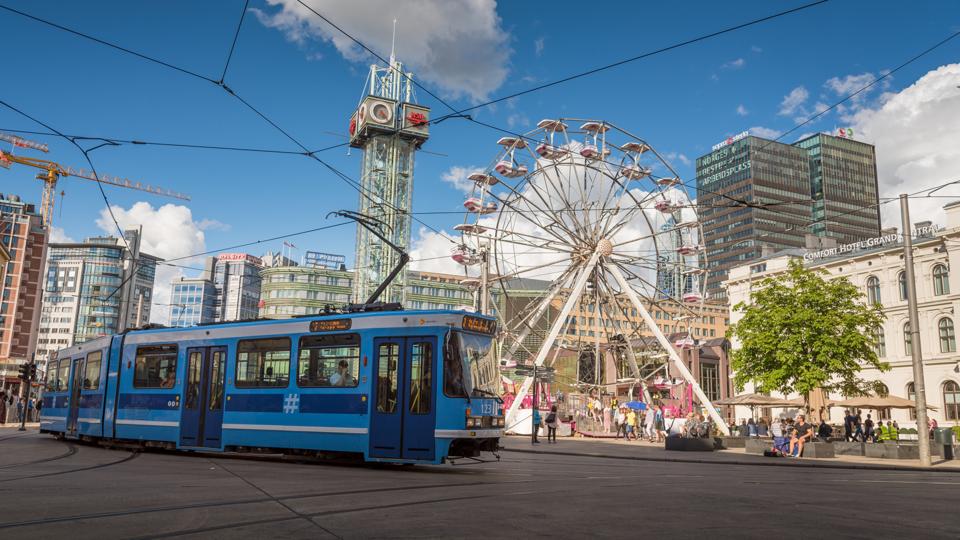 There is also an environmental aspect. Oslo is built in a geological bowl, which during winter in particular, causes the city to suffer from serious air pollution problems. Data from the local government shows a marked decline in air pollution over the past decade. There has also been a drop in trips made by car – from 35% of journeys in 2009 to 27% in 2018 – with a parallel rise in people either walking or using bicycles or public transport.

JH Crawford is perhaps the world's leading voice on car free cities and an author of two books on the topic. “Besides the well-documented problems of air pollution and the millions of deaths caused by traffic every year, the largest effect cars have on society is the tremendous damage they do to social spaces,” he says.

Crawford's argument is that cars significantly reduce social interaction. “The places that are most popular in cities are always the spaces with no cars,” he says. They may be parks, squares or pedestrianised areas. He says that in US cities like Houston and Dallas, as much as 70% of urban land is given over to parking. “Today's housing crisis stems from a lack of land. Get rid of cars and the problem is solved immediately.”

A city without cars sounds like a nice idea but is it possible – or even desirable? What about emergency services? Or people who have mobility problems? And what about sprawling suburbs; is the notion of going car free only relevant to young professionals who wish to live in compact city centres?

“The quickest way to make a city centre die is to stop people getting in there,” says Hugh Bladen of the Association for British Drivers. Britain’s declining high streets won’t be helped by restrictions on driving, he argues, "otherwise town centres just get full of druggies and drunks". He acknowledges that “some towns and cities get clogged up but that's just because of poor planning; they should have better parking options”. 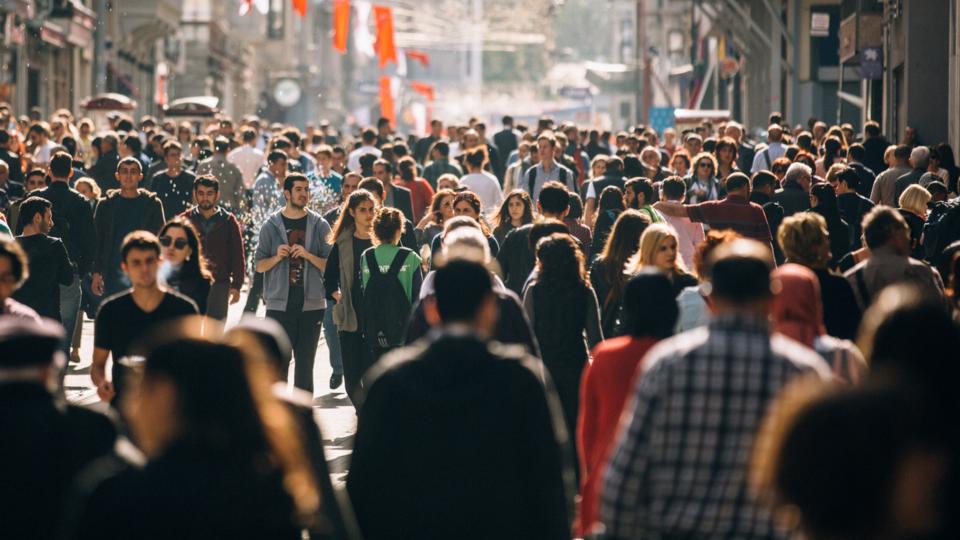 Ransford Acheampong, an urban planning researcher at the University of Manchester, says that removing cars would be helpful to reduce pollution and could improve public health “but if you take cars away from people, you need to be able to provide an alternative”. Even in Europe, which has relatively good public transport, many people’s commutes and lifestyles just wouldn't be possible without a private car.

While Oslo’s Marcussen appreciates the argument that taking away someone's car is to interfere in their freedom, she argues that “in many ways not restricting cars is limiting freedom of other people. Cars make it more difficult for children to play in the street or elderly people to cross the road. Oslo also has an air pollution problem – you could argue that cars are restricting the freedom of people with asthma who sometimes have to stay indoors when it gets too bad.”

What would it take to make a city carless?

In the Great City Chengdu Master Plan, everything is walkable. There are no cul-de-sacs and there is a high number of intersections which make it very easy to get around by foot or bicycle. There is also vertical connectivity, with bridges between high rises. The Great City suburb, which was designed to house 100,000 people, is only one square kilometre across and it would never take more than 10 minutes to walk from one point to another.

Unfortunately it never got built, explains Chris Drew of SmithGill, the US architecture firm that was commissioned to design the suburb close to on the outskirts of Chengdu in 2012. Nonetheless, the blueprint shows how an urban area could be designed to function without cars.

“We wanted it to be a live, work, play environment, where children could get to school without the need for a car, where people didn't have to travel great distances to work,” says Drew. With two rail connections to the rest of the city, no resident would need to drive anywhere. 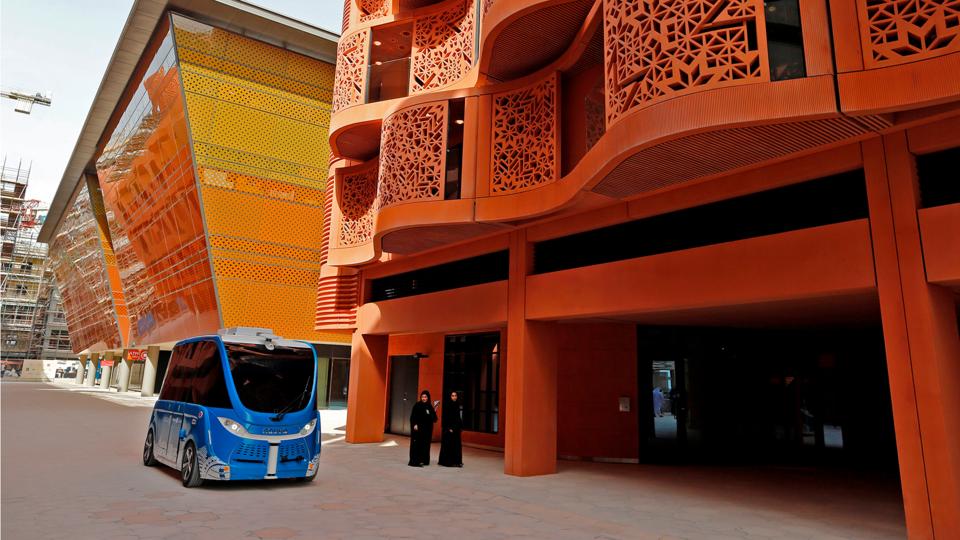 There are a couple of other examples of new cities which have more or less designed cars out. In a previous role, Drew worked on the UAE’s Masdar City, which was originally designed to be entirely car free, although vehicles can now be found roaming its streets. SmithGill also helped design the Legacy Masterplan for Dubai's 2020 World Fair. The area is intended to be entirely walkable and largely free of cars on completion.

Given a blank slate, Crawford describes a city of interconnected nodes, each of which would have a central tram stop or light rail surrounded by dense housing, shops and offices – residents would never live more than five minutes’ walk from public transport. In his theoretical design, the most time it would take to cross the city would be just over half an hour.

If you look at the statistics, we seem to have gone beyond 'peak car' ownership – Ransford Acheampong

But what about retrofitting existing cities, where most people live today? Hanna Marcussen explains the approach that Oslo took: “We began with pilots to let people see what it would be like and we began making changes little by little. For example one of the nicest squares in Oslo is outside the town hall but until recently it was full of cars. When we closed it off about a year ago, people thought it was strange – but now they think it was weird that we ever allowed cars to drive through there at all.”

“If you take the optimistic view, then this is a trend that is likely to continue,” says Acheampong. “If you look at the statistics, we seem to have gone beyond ‘peak car’ ownership, and driving now seems to be in the decline. There is also a big generational difference between millennials and baby boomers,” he says, with youngsters turning away from private ownership. All of which suggests cars’ current dominance may gradually phase out of its own accord. 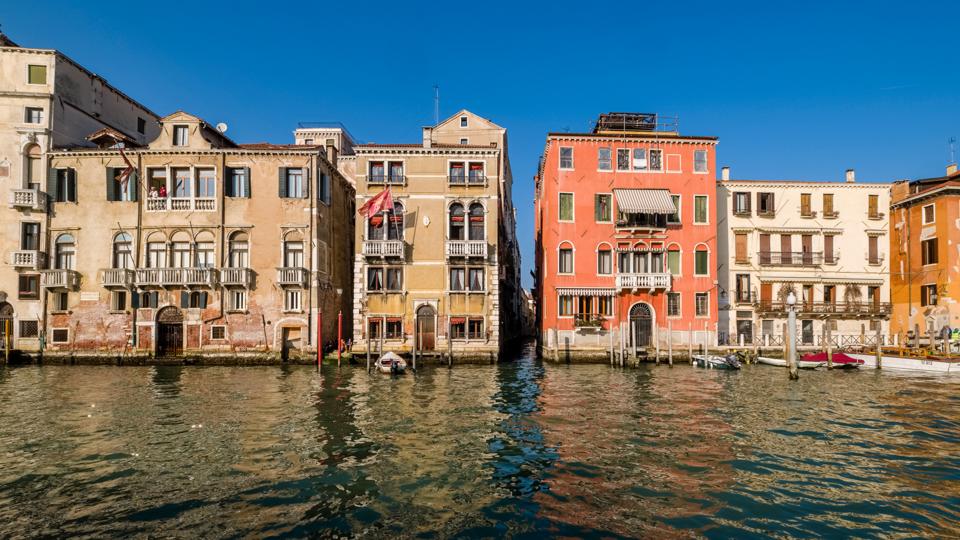 That said, he also points out there is growing demand for new convenient mobility options; services such as Uber and Lyft are drawing people away from public transport, as may autonomous vehicles. “In the end, they're still cars,” he adds. He also notes that in much of the developing world car ownership is on the rise and governments are mainly prioritising car ownership over other forms of transport.

A lot of journeys also happen in metro areas that are nowhere near the centre of the city – think of London's M25, or Beijing, which has seven concentric ring roads. It is also relatively easy for old European cities, which existed for centuries without cars to get rid of them, but not so much elsewhere.

How far the trend for car free cities goes is yet to be seen. But when I left the car-free islands of Venice on my student hitch hiking holiday, the only way to journey onwards was to stand by the highway – and wait for a car.